The SIGMICRO Oral Histories project collects interviews with highly-esteemed and legendary colleagues in the field of microarchitecture. To date, two interviews have taken place, both of which were conducted by Paul N. Edwards in 2009. Audio recordings and full transcripts of the interviews are available below to the greater community. 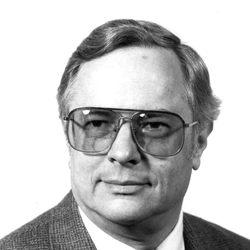 Ed Davidson is a computer engineer who pioneered pipelining techniques for improving processor throughput in both hardware and software. Techniques to which he contributed seminal ideas include simulated annealing, wave pipelining, multiple instruction stream pipelines, decoupled access-execute architecture, and polycyclic scheduling (aka software pipelining). After getting his Ph.D. at the University of Illinois Urbana-Champaign in 1968, he started as an assistant professor at Stanford University, where he started a logic design laboratory. In 1973, he returned to UIUC, during which time he served as president of Illinois Computer Research, Inc. (1981–1987), and co-led the development of the Cedar, a highly parallelized supercomputer. He moved to the University of Michigan in 1987, where he remained until his retirement in 2000. Throughout his career, Davidson made numerous contributions to logic minimization theory and technique. Davidson trained numerous PhD students, most of whom who went on to become important computer engineers in their own right; he feels that graduate education was among his major contributions to the field. 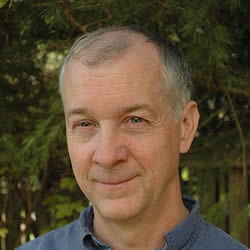 Bob Colwell is an electrical engineer who led the development of several high-impact microarchitectural designs. His Ph.D. work at Carnegie Mellon University (1980–1985) demonstrated the theoretical superiority of CISC architectures over RISC. From 1985 to 1990 he worked at Multiflow, an innovative developer of "minisupercomputers" using a VLIW (very long instruction word) architecture. In 1990, he joined Intel as a microchip designer, serving as the chief architect of Intel's IA32 line from 1992 to 2000. He left Intel in 2001. Colwell recounted his experiences at Intel in his book The Pentium Chronicles: The People, Passion, and Politics Behind Intel's Landmark Chips (Wiley-IEEE, 2005). Since retirement, he has been a prolific columnist and a consultant on legal and patent issues, and is a former director of the DARPA Microsystems Technology Office (MTO).

Colwell won the IEEE/ACM Eckert–Mauchly Award (the highest honor in the field of computer architecture) in 2005, for "outstanding achievements in the design and implementation of industry-changing microarchitectures, and for significant contributions to the RISC/CISC architecture debate."